What is hydrogenated water?

Hydrogenated water is natural water saturated with hydrogen gas (H2), much like sparkling water is saturated with carbon dioxide (CO2). But the big difference is that hydrogen has many positive health effects, such as the elimination of free radicals (anti-oxidant effect)

As early as 1965, the Ministry of Health in Japan authorized the consumption of hydrogenated water to combat problems of intestinal flora and stomach. Since then, many other benefits have been associated with hydrogenated water (see our medical studies).

Oxidation is a phenomenon that greatly harms our health. Many factors subject us to oxidation (look how an apple cut in half degrades!), including pollution, stress, infections, our lifestyle, a diet too rich in chemical compounds, etc ... One liter of hydrogenated water corresponds (in antioxidants) to the consumption of 8 liters of carrot juice! 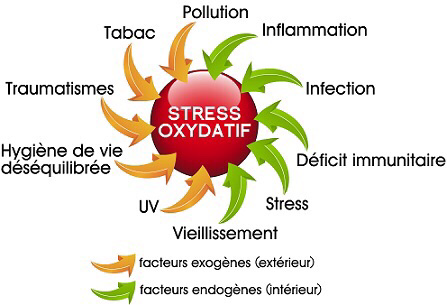 The consumption of anti-oxidants reduces the risk of many diseases, including:

How does it work?

Hydrolife devices work on the principle of water hydrolysis:

A weak electric current is diffused into the water, thus dissociating water molecules (H2O) into hydrogen (H2) and oxygen (O2) gas. An ultra-thin membrane allows the separation of the two gases, the H2 remaining in the water, and the oxygen leaving in the atmosphere. The process can be reversed, thus producing hydrogen peroxide, with a strong disinfecting power.

With our devices, you produce your own hydrogenated water!

Simply put tap water in your Hydrolife machine, and press a button. The process then starts, producing hydrogenated water in a few minutes (VIP model: production and immediate consumption, 'Table' model in 3 to 5 minutes, 'Lourdes' model in 10,20,30 minutes).

In addition, 'Lourdes' models can reverse the process and produce hydrogen peroxide, which is disinfectant. By adding table salt beforehand, you then produce a disinfectant 10 times more powerful than bleach! (see our article on this subject).

Our machines to produce hydrogenated water: